5 Reasons to Transition off InfoPath Forms

InfoPath 2013 was the last version of the application released and will no longer be supported – what happens now? If you’re currently using InfoPath forms, read on for the top 5 reasons to make a transition.

InfoPath forms became popular with the introduction of SharePoint 2007 more than a decade ago. Since then, it has been at the forefront of Microsoft solutions for professional developers and information workers looking for a no-code alternative solution. But in 2014, Microsoft announced that InfoPath 2013 would be the last version of the application to be released.

InfoPath has long been one of the most widely used SharePoint forms, primarily due to its versatility, feature set, and capability to integrate with different data sources. It was regarded as one of the first mature solutions offering a no-coding alternative to conventional code-based solutions.

In 2014, Microsoft announced that InfoPath 2013 would be the last version of the application to be released. InfoPath remained the primary forms-based solution for SharePoint 2013 and 2016. Although InfoPath forms is deprecated, SharePoint 2016 and Office 365 will continue to support it until 2023.

The 5 key reasons described below are why organizations need to start planning their transition strategies to replace their legacy InfoPath based solutions.

InfoPath based solutions have largely become dated. Instead of fixing and patching the underlying technology used by InfoPath, Microsoft has decided to abandon the solution altogether and start fresh with highly scalable and flexible solutions such as PowerApps. Alternatively, several third-party solutions, such as Nintex, have built mature solutions that can handle today’s technology better than InfoPath forms.

Usability is defined by the degree to which an application can be used to achieve quantified objectives with effectiveness, efficiency, and satisfaction in a quantified context of use. InfoPath forms, being a deprecated solution, lack many of the web capabilities such as responsive web design (considered a basic requirement for any of today’s web-based applications).

Users want the latest, not legacy.

A highly usable solution is essential to ensure productivity and promote user adoption of any solution. In addition to lacking mobile friendly capabilities, InfoPath forms has limited compatibility with the latest generation of browsers such as Edge and Chrome. With their limited compatibility with today’s most popular platforms, InfoPath forms ranks low on user adoption.

With the deprecation of the solution by Microsoft, the stability and the compatibility of the solution are limited. As InfoPath forms were designed and built during the pre-cloud era, newer platforms such as Office 365 and SharePoint 2019 do not support many of the of the newer capabilities available in the platform.

InfoPath forms containing custom code effectively stopped working in SharePoint Online (Office 365) in August 2016. Plus, InfoPath forms with code are no longer rendered in the browser for SharePoint on-prem installations where Managed Solutions Gallery is used (September 2016 PU of SharePoint Server 2013 and 2016). Some of the InfoPath features that are no longer supported are:

Migration is complex and slow.

Users are now actively looking for alternative ways of creating forms in SharePoint. Now is the time to consider your options – such as PowerApps or Nintex – begin planning your transition, and talk with an expert to get the ball rolling. 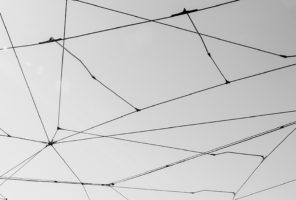