How to Get Ahead as a Woman in Tech

It’s no secret that there is a gender gap in the tech industry. Women make up 57% of the workforce, but only make up 25% of the tech industry (source). There are numerous reasons as to why there a few so few women in tech, ranging from a lack of awareness to an intimidating culture. However, for this blog post I would like to focus on how women in tech can distinguish themselves not as an anomaly, but as part of the team. I believe that we’ll make stronger strides to bridge this gap by not only recruiting more women into the field, but also by fostering the growth of the women who are already here.

1. Do your research. The best way to make your mark is to be so good at what you do that no one can knock you down. Do your research and write code endlessly. I say “research and code” instead of “be confident” because if you have spent one thousand hours doing something, that confidence is going to come naturally. It won’t be fake or forced, and people will be able to see that. This doesn’t mean that once you put in one thousand hours of coding you’re done. It is important to continue this learning process throughout your career. There are new languages coming out constantly, and always something new to learn. A great way to keep your skills fresh (while still maintaining a full-time job) is to always have a side project. This will allow you to experiment with different languages for better or for worse, and help you develop new skills that can then translate back into your full-time job. Do you feel really strong in Angular, but haven’t gotten a chance to try out React? Side project. Are you great in Ruby and Python, but Java still seems daunting? Side project. If your side project is something that genuinely interests you, it can also be really fun.

2. Focus on providing value. I’ll be the first one to admit that writing this very blog post was a huge challenge for me. My perfectionism came out, and I sat staring at the computer screen with writer’s block for about two hours. I needed to have the perfect, attention-grabbing opening line, and it was hard for me to accept that I might write something that was anything but award-winning. As I did finally start to write though, I realized that I was chasing a mirage –  and that’s OK. As long as it provides some type of value to someone who reads it – then I’ve done my job. It’s ironic that it is harder for me to accept perfectionism about writing blog posts than it is about writing code, but I acknowledge that for some people the opposite will be true. And as women, we tend to be more of the ‘perfectionist’ mindset, and guess what – it’s a recipe for disaster. An unfortunate byproduct of perfectionism is that you end up not doing anything at all because it won’t be ‘perfect’. Write imperfect code. Write an imperfect conference speech. Write an imperfect blog post. Just as long as you get it done. (And then refactor later.)

3. Assert your presence on the team. It’s hard to feel like you don’t have to prove yourself when you’re the only woman on a team. However, use your difference in perspective as an advantage. This means speaking up during biweekly retrospective meetings and contributing your point of view (and perhaps more importantly, knowing what your point of view is.) This means asking for help when you need it, but after trying to troubleshoot the issue yourself first. This means standing up for yourself if you are thrown into a situation in which the objectives aren’t immediately clear. If you find someone over-explaining a concept to you, politely say, “Thank you for your help – I can take it from here.” Be firm and direct, but be kind. Asserting your presence also means spending time with your co-workers – even if that is just making small talk around the coffee machine or posting a funny tweet in a group HipChat room. By spending time getting to know them, and giving them an opportunity to get to know you, you can diminish both their stereotypes and your own.

4. Stay involved. There are a number of organizations that will help you stay connected to the broader women in tech community. By joining one of these organizations, you can be a mentor for a young woman starting out, or find a mentor for yourself who has experience in the tech industry. Staying involved also helps combat Imposter Syndrome – which most people, both men and women, have likely experienced at some point in their careers. People who suffer from Imposter Syndrome are unable to internalize their accomplishments. They attribute successes to good luck or somehow fooling everyone. I felt this way shortly after I started here at SPR. I began working on my first project using Java and Angular, two languages with which I had little experience at the time. However, lucky for me, I also mentor people who are just beginning to learn Ruby, a language with which I have much more experience and confidence. Helping aspiring developers to solve Fizzbuzz problems and write  Fibonacci sequences made me realize how much I do know. It’s important to remember that you didn’t get to where you are because of a fluke accident – you got there because you worked hard. Staying involved and not only having a mentor, but also becoming a mentor, helps to keep your self-image in check.

The gender gap in the tech industry will not be fixed overnight. However, I am confident that given the proper platform, women can distinguish themselves as the ones to watch out for. 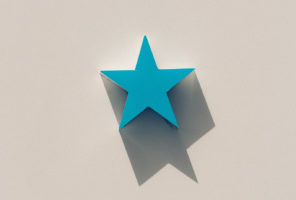