Timber Framing as Metaphor for Transparency, Community and Progress in Government

“We are not alone. We require a community.” – Ken Burns, American Filmmaker

I’m a big Ken Burns film fan.  While his film footage is always impressive, I look forward to the stitching of poignant, archival photographs with the familiar, often deeply-timbered narration into a seamless story that appears to be a moving film, even as you are aware that it’s often a series of discrete, historic pictures. Whether he’s exploring the American Past Time,  the decade-long drought that was the Dust Bowl or our globally-renowned National Parks System, I – along with countless other viewers – feel transported to that time. I feel not just empathy, or heartbreak, or elation, but a deep connection to the events and people of that era. His films feel transparent, accessible and genuine. They implore viewers to participate, engage, and critically consider complex topics and eras in our great nation’s brief but rich history.

Recently Burns collaborated with Tedd Benson of Bensonwood,  known for reviving classic timber framing in America, to build a timber-framed studio for Burns’ Florentine Films. This Old House host Kevin O’Connor discussed the process and significance of timber framing with both of them in his In the House program over several brief videos. As I’m also a big This Old House fan, I was drawn to this all-star combination.

Socrata’s Director of GovStat Beth Blauer is a data freak. I expect she’d freely admit it. A serendipitous injury on 9/10/01 prevented her from going to work on 9/11 as a newly minted attorney with a NYC hedge fund in the World Trade Center complex. Following that tragic day, Beth understandably went through a process of reevaluating life and career. She knew that she wanted to help people – as academic as that sounds – and she shifted gears quickly to become first a public defender, and next a juvenile probation officer with the Maryland Department of Juvenile Services.

Her work was recognized by Governor Martin O’Malley – formerly Mayor O’Malley of Baltimore – who was already known for applying a data-centric approach to reducing crime in Baltimore based on the success of New York City’s vaunted CompStat initiative. O’Malley and his team deftly applied the principles associated with making volumes of data visible, searchable, logical and ultimately actionable. He appointed Blauer his Chief of Staff of Juvenile Services and then Director of StateStat – his statewide version of CitiStat that had made such an impact on Baltimore’s crime rate and core city services.

Beth had arrived. She had followed O’Malley and his team’s work from CitiStat forward and set about to make her mark in making government respond more effectively to citizen needs. O’Malley recognized that it was critical to draw data from all departments in order to achieve the composite framework necessary to effect meaningful change. This wasn’t lab work in a controlled setting. It would be the basis for decisions regarding crime prevention and management, environmental strategies and ending childhood hunger in Maryland.

Using an open data portal, the team was able to aggregate information from the array of agency sites, secure it, organize it, and make it available to both internal teams and the public in a contextualized and intuitive fashion. If you go onto the portal, you’ll see that its layout is uncluttered, iconic and fairly easy to navigate. There are a number of highlighted reports/datasets that I’m sure are refreshed as public interest and state efforts shift.

Currently, four reports are highlighted horizontally on the open data portal landing page: payments by state agencies over FY14, tax rates by county, electric vehicle (EV) charging stations across the state, and registered minority business enterprises (MBEs). As you click on the EV link, a layered page reveals a color-coded legend inset over a map of the state and northeast riddled with the related colored “bubbles” representing the wide range of alternative fuel (AF) refueling and support locations. There’s also a horizontal toolbar featuring options like chat, multiple views, export, filter and others.

No question that, while the data is generally intuitive and accessible, it helps to be fairly digitally native or at least comfortable with common iconography to benefit from the available information. Allowing that a fair percentage of visitors either are, or can become so without too much exposure or training, it’s pretty amazing stuff. It was fairly easy to apply a filter by city and expose a simple, structured spreadsheet with sites, addresses, etc. of EV charging stations in Rockland for example. If your Prius needed a charge after visiting a friend in Rockland, you’d be glad you visited the portal!

Transparency is Clearly here to Stay!

Whether you have an electric vehicle, are keen on the health of Chesapeake Bay, or concerned about crime in your neighborhood, Maryland’s open government (open gov) portal is helping to make meaningful connections to its citizens.  This movement toward aggregating, structuring and making key data available both to citizens by way of meaningful dashboards and reporting, or to government teams for establishing impactful programs and services, deploying valuable resources and establishing a more democratic, transparent and efficient relationship with the citizens it serves is gaining national momentum. Nearly 4 in 5 states have implemented sites based on principles of open gov and transparency.

Much as a traditional barn raising draws communities together for a common cause, this open data, open gov movement seeks to draw the community in not only to support their governments, but to weigh in and be active members of the decision-making process on the many complex issues facing every town, city and state in the nation. FDR is attributed to have said the following – “Democracy cannot succeed unless those who express their choice are prepared to choose wisely. The real safeguard of democracy, therefore, is education.”

Note: See what the City of Chicago and State of Illinois are implementing around open gov  – go to http://opengovhacknight.org/ and https://data.illinois.gov/ respectively! 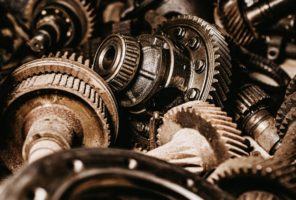 How to Achieve Tireless Integration with Serverless Apps
big datacivic technologyopen dataopen gov
Prev Timber Framing as Metaphor for Transparency, Community and Progress in Government
Next Moving to Spring Boot