This year at Ignite 2015, Microsoft spoke heavily about something called Office 365 Groups. The air time that Office 365 Groups seemed to replace the heavy rhetoric that Yammer consumed over the last few years. After leaving the conference, I kept thinking about what this does to Yammer. Is Microsoft trying to bring Yammer like features to its SAAS offering? It may appear that Microsoft’s messaging on this front is a little confusing, but I think it’s important to try to distinguish the proper use cases for Yammer and Office 365 Groups.

Yammer has always been the standard in user experience, and group creation in Yammer has always been easy and relatively intuitive. Yammer has always focused on ease, and since many users are familiar with Facebook, Yammer chose to use the same style. Yammer currently isn’t tightly integrated with OneDrive, SharePoint and other Office 365 features but it could be in the future. Some users may find Yammer easier to use because it doesn’t launch other document management specific features within its interface. 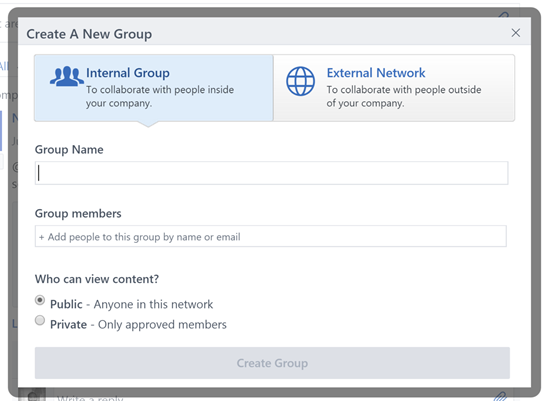 Groups were rolled out to Office 365 users last year. The can be created, viewed, and managed within Outlook in Office 365 (OWA) and will be available on-premises in Outlook 2016. Users can create groups directly through the web interface for Outlook. 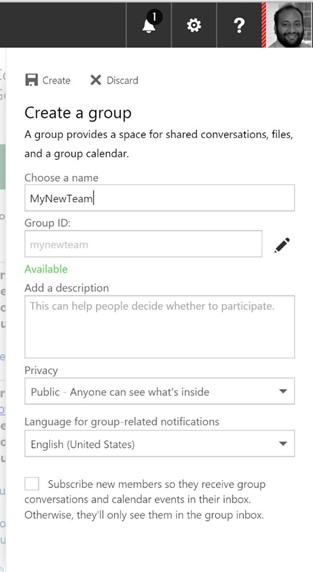 The process for Office 365 Group creation is straightforward and intuitive, with pretty much no user training needs. I went ahead a created a few Groups and invited a few team members to join. Once an Office Group is created, you can start a new conversation (group newsfeed), view group files or see a group’s calendar. Every feature in Office Groups uses existing Office 365 features, the ‘Group Files’ for instance just leverages OneDrive to store, share, and collaborate on files within the group.

What Group to use?