Security in a Reactive Microservices Architecture

In a reactive system, if something goes down you don’t want it to take the whole ship with it. Security becomes a top priority. In this blog, we’ll address security while designing a reactive authorization architecture.

As a neat side effect, microservices do not need to be proxied by an authentication gateway as the authentication information is now self-contained and verifiable in a distributed fashion.

However, security is not only authentication (authn). Security also covers authorization (authz), the concept of what roles a user has along with what roles are required to perform a certain action. These user roles can be encoded into the JWT payload in addition to the authentication info. This way, each microservice can decode the provided JWT, verify it against the public key of the auth service, and perform local authorization checks using that information. Again, no centralized authorization proxy is required!

Notice, however, that this architectural design seems to rely heavily on stuffing everything to do with authentication and authorization into a single microservice. This means that all secured microservices need to share information with the auth service.

In a reactive system, we still want our microservices to work even when other microservices go down (resiliency). There is also the concern that a typical auth service tends to become a catch-all service for any cross-cutting concerns, so in designing a microservices architecture, it’s important to prevent such a problem from evolving. To preemptively avoid this mess, it may be useful to separate the concerns of authentication and authorization entirely.

One important architectural principle to follow when creating reactive microservices is that each service should own its own data, and other services should obtain that data through its public API rather than through a shared data source. Such a design tends to create the opposite of relational data normalization as much data tends to be duplicated across the entirety of your services.

In order to make microservices responsive and resilient, this replication of data is acceptable. In that regard, every microservice contains resources and actions on those resources, and each of those resource/action pairs require a particular user role to be present in order to authorize a user to perform said action on said resource. With that in mind, it only seems natural that each microservice owns the authorization data for each authenticated user.

Following this idea to its logical conclusion, let’s design a reactive authorization architecture. Recall that a reactive system is responsive, resilient, elastic, and message driven. This architecture will have to fulfill all of these assets.

Beginning with messages, what would such a system look like? First, we’ll have an authentication microservice that owns a user login database. This service will also be responsible for generating OAuth tokens whether they be simple bearer tokens or JWTs. Upon successful authentication (e.g., via a web form), this login service will broadcast a login event message to all interested microservices.

For a more concrete implementation, we could use Apache Kafka to broadcast this login event. Encoded as a JWT, the payload would contain an access token, a login username, an expiration timestamp, and the requested OAuth scopes that were authorized by the user. These scopes will later correspond to local authorization roles in each service.

This login message might not be entirely necessary, but it does allow each microservice to preemptively cache relevant user data that is expected to be queried soon after login. Using a login message would allow for larger payloads than allowed in an HTTP header which is particularly useful if a large payload is required. This also reduces message overhead by allowing JWTs to be accessed by access tokens.

In general, the decision on whether to use JWTs directly or indirectly is similar to the decision in certain programming languages on whether to pass data by value or by reference to functions. Keep in mind, network traffic is more expensive than in-memory traffic. The more fine-grained roles you have, the better an idea it is to use JWTs indirectly.

In this design, every microservice (including the login service) can be independently scaled in resource usage in response to changes in input rate to each service. The fact that we will not be relying on this service to proxy service requests makes this a lot simpler to scale. Since this service only contains a small amount of data for each user (along with some additional role/scope configuration), replication of data is also simpler to handle.

This is perhaps the most interesting aspect of this design. The goal is to stay responsive even in the face of failure. For example, if the login service crashes or is overloaded, we still want the rest of our services to continue working for authenticated users during the time it takes to fix, restart, or replicate the login service. To do this, the idea is to apply a sort of inversion of control over a centralized directory server.

In a typical directory service such as LDAP, authorization checks are queried against this central server. While easier to configure and easier to code against, this provides a central point of failure. Instead, we’ll design our services to maintain their own local stores of authorization data. As each service knows what roles are available for its APIs, these roles can be broadcast in a sort of “role discovery” mechanism similar to service discovery. This feature can be used for an administrative service for configuring which users are allowed which roles. Said service is unneeded for continued operation of every other service, so we maintain service isolation.

Each service is now responsible for maintaining two aggregate roots related to security: user roles and login events. The login events can be uniquely identified by access tokens for a low overhead message header. Or, JWTs can be used directly. While this may sound like a bit of extra coding needed in every microservice, it can be abstracted into a security provider library used by every microservice. For example, a custom Spring AuthenticationProvider and Authentication class could be written to handle translations of these access tokens. The Spring Security OAuth2 library can be used to implement much of this functionality. However, custom code is still necessary to configure it to work in this distributed environment.

This security architecture started as a shower thought on how to implement security in a reactive microservices architecture. Currently I haven’t found any resources online detailing a solution. However, it may be unlikely that most applications do not need this level of resiliency if enough resources are thrown at a secure API gateway proxy that all microservices are required to communicate with.

It’s also possible to allow microservices to trust each other and perform all necessary access control checks at the gateway level. However, any single microservice can theoretically be compromised. If all it takes is anonymous access to one microservice, that compromised microservice could be used to perform actions on any other microservice. On the other hand, proxying all inter-service communication creates a single point of failure, though some people may find that acceptable.

Implementing proper security is a difficult problem to solve, especially since the development process tends to follow the steps of: make it work, make it right, make it fast, and make it secure. Security is oftentimes an afterthought, and proper implementation of security also requires a carefully designed balance between security and usability. If a security architecture is too cumbersome to use as a user or developer, they will take shortcuts rather than lose an large amount of productivity.

In that regard, don’t go overboard creating too many different authorization roles. And, make use of your security layer, which is easy to use for developers. By localizing authorization to each service, this makes it easier to test in isolation while also maintaining security over time instead of waiting until integration testing. 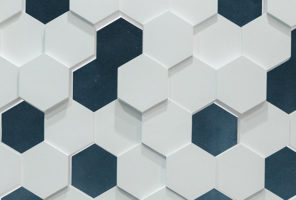