Year Up Grads Shine at the Chicago Cultural Center!

The Chicago Cultural Center is a too-often overlooked gem of our great city. Maybe it gets lost in the glitz and bustle of Millennium Park. Perhaps its squat, traditional footprint – its admittedly modest five floors appearing as three from outside the building – just can’t compete with the spectacularly tall Chicago skyline. First opened in 1897, this architectural showpiece has hosted presidents and royalty. Its majestic Tiffany dome in Preston Bradley Hall is the world’s largest – yes, the largest Tiffany dome in the world! It started its life as a branch of the Chicago Public Library as well as a memorial to the soldiers of the Grand Army of the Republic (GAR) who served the north in the Civil War, and it’s only fitting that it continues to educate our citizens, offering many free creative installations of art, demonstrations, dance, a generous sitting area outside of its café where patrons are always heads-down in whatever book is demanding their attention, and the permanent home to the Museum of Broadcast Communications and Chicago Children’s Choir.  Any Chicagoan or visitor who has passed and not gone in is missing a great opportunity to experience a Chicago original.

As I sat in the comfortably cool Preston Bradley Hall chatting with Year Up staff, parents of students, and other corporate partners, there was an energy to the room beyond traditional graduation ceremonies. I’ve been to many graduations over the years, however, the young people of Year Up Chicago’s Class #11 appeared to be celebrating one another as a collective rather than celebrating their individual achievement. Whenever a member of their cohort approached the stage, whether it was to be called out for an honor within the class or to receive their diploma, the raucous, rousing applause was consistent. These young people pull for each other. They’re personally invested in one another’s success. They celebrate one another’s success. In fact, they epitomize the adage – when one succeeds, we all succeed. There were nearly as many Year Up alumni in the audience as new grads on the stage. It’s an intoxicating, communal and renewing experience that I’d recommend to everyone in the Chicago area.

Passion, drive, resilience, commitment, flexibility, diverse thought, ability, humor, intelligence, creativity. All qualities that companies covet in new hires. Year Up grads exhibit all of these sought-after qualities and many more. As I leafed through the ceremony program, I had both a comfort and deep pride that SPR was partnered with this exceptional organization. In fact, we’ve hired our Year Up interns on both occasions following the completion of their internship. Each class member’s brief bio noted the company where they interned. These were respected, well-known companies with strong reputations in their respective industries. These are companies that perform due diligence, and when they invest in internships they expect a return. It would be easy for them to continue to draw exclusively from top universities for their entry-level talent. In fact, logic would probably dictate it. However, here were these corporate stalwarts side-by-side with me, beaming as their intern was whistled and clapped to the podium by their classmates.

Right at Home in Chicago

Leaving the Chicago Cultural Center following the Year Up Chicago Class #11 graduation celebration, I was reminded that my first exposure to this place was in support of another historically overlooked group of candidates – those with disabilities. SPR debuted the award-winning documentary, the Forerunners, at the Center some years back. The film featured several of our candidates and professionals with disabilities pursuing careers in the tech industry. Their profiles resonate with strength and resilience in the face of common misperceptions. I continue to recognize and honor that these two populations, young people with disabilities and young people from socio-economically challenged areas, share common space and many common challenges. They are too frequently discounted, undervalued, dismissed. They support one another naturally. They are by nature and circumstance resilient. They recognize that when one succeeds, they all succeed.

Chicago is recognized for our lakefront, culture, food scene, and architecture among other hallmarks. Noted poet Carl Sandburg referred to Chicago as the City of Big Shoulders among other heady allusions. To me, that suggests hard workers who didn’t have many advantages but, through persistence and dogged effort, built this world-class city. Year Up grads would have been right at home in Sandburg’s Chicago. 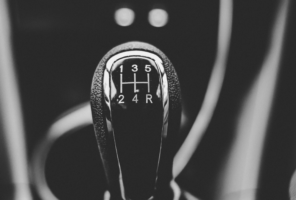 How to Make Reversible Mistakes
diversitynew hires
Prev Year Up Grads Shine at the Chicago Cultural Center!
Next Why Upgrade to SharePoint 2016? – Hybrid Features