CLOUD DevOps
Auditors like perfection. In their world, a software tool should be 100 percent complete before release. But, as regulations and industries evolve, applications need to evolve as well. Auditors can no longer rely on static tools to function correctly or they can lose their competitive advantage. A Chicago-based auditing firm began to recognize this problem with its main auditing tool. Releases were coming out every year or two, updates every 6-8 months. In order to build a new, cutting-edge auditing platform, they knew they needed cutting-edge DevOps to support it. That’s where SPR came in.

While it may not sound glamorous, SPR’s work on this project proved to be critical to the client’s functionality. Think of a rocket launch. We at SPR are not the astronauts, nor the rocket designers. We’re the team on the ground, hard at work making sure everything goes as planned during the launch – and that everything we learn during one launch can be precisely replicated on the next.

Releases that used to take years could be done in weeks.

While other firms were brought in as developers on the multidivisional project, the auditing firm knew they still needed an overall DevOps solution. They engaged SPR to help build the DevOps capabilities that are critical for deployments, management of the application, and creation/management of knowledge. Key steps included:

Updates that used to take months could be done in hours. 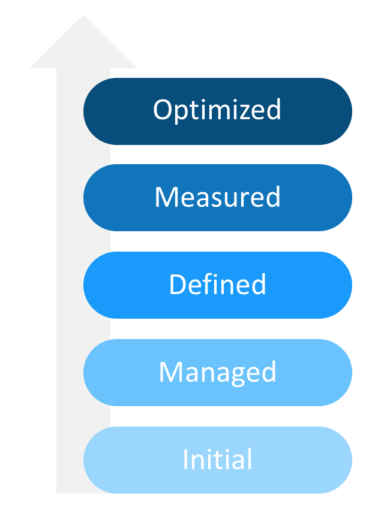 Although DevOps Maturity is never really complete, the client’s new DevOps team showed a measurable improvement around culture, processes, and tools – from 1.6 (“Initial”) to 2.5 (“Managed”) on a 5-level Maturity Scale. Implementing DevOps culture, processes, and tools, SPR helped enhance the team’s operational agility. Automation processes succeeded in a 91% reduction in delivery time and reduced deployment-related errors to near zero. New releases could happen in a matter of weeks rather than years, and updates – well, those could be done in hours.

Working together, this helped satisfy the organization’s need to react in a timely manner to the ever-changing business climate.