Software testing, like most tech practices, is constantly evolving, becoming smarter and faster than what it once was. Over the past few years, we’ve seen this in the testing world as we’ve moved from the Waterfall model, where testing typically came after the development phase, to the more iterative Agile and DevOps. And while we’ve come a long way, many of us can’t help but wonder how to push it even further.

Enter in-sprint test automation, an ideal development scenario where the entire testing process—from creation and implementation to execution and reporting—happens in one sprint. To many, in-sprint automation is something of folklore, akin to a unicorn or leprechaun. Ask most Agile experts, and they’ll share countless reasons as to why it doesn’t work, asserting that automation must always be at least one sprint behind, or worse, separated into an independent team.

This is the first and most important tactic that makes in-sprint automation possible. It's also the most overlooked. Leaders and team members tend to only focus on testing once it’s become a bottleneck—a symptom of the problem—rather than look at the root problem—developers failing to check in.

Developers often wait until sprint end to check in completed features because they don't want to affect other people too early and they don't want to get blamed for breaking the build. But this leads to other problems such as losing work, not being able to go back to previous versions, and not providing ample time for testing. If testers barely have enough time to do manual testing how can they possibly be expected to write automated tests?

A lot of times automation engineers sit on a separate team where they work through a regression suite backlog. Instead, they should be placed directly on a development scrum team where they can advocate for the best ways to perform test automation and thereby influence the team to implement in-sprint automation.

What’s more, by partnering automation engineers with developers, it sends a clear message that test automation is a primary focus of the sprint and not an afterthought.

It might seem like a no-brainer, but it’s a frequent miss among scrum teams. Beyond just making sure that automation engineers actively participate as team members, it’s important that they understand all of the requirements for automation to succeed. This means that they must be highly skilled in both testing processes as well as code writing.

Think of automation engineers as multi-function individuals—they should be capable of writing and executing manual test cases as well as automated tests in the team’s programming language of choice. A standout automation engineer is also extremely nimble, able to quickly write new tests along with all corresponding automation features while keeping up with the quick pace of agile development.

Where many organizations fail in this regard is when they attempt to convert manual testers to automation engineers. Manual testers often do not have the necessary programming skills to effectively write new tests and testing components. Without being able to write new tests quickly and shortly after features are deployed to the testing environment, in-sprint automation is not possible.

At all costs, testers should refrain from writing long workflows that verify multiple components at once. Instead, a good automated test case should verify only one feature or sub-feature at a time and should be very explicit as to what steps the test is completing.

By writing clearly defined steps and expected results, the writing process is shortened and the automation engineer can focus on the actual automation rather than wasting time trying to figure out what the test is set to verify.

As you can imagine, it’s important that the automation engineer is closely involved in the test-case process, whether that means they’re writing test cases or simply talking with other team members to determine what is being verified within the sprint. This way, they’ll know how to best write the automation.

The Definition of Done (DOD) ensures that everyone on the scrum team knows exactly what is expected of what the team is supposed to deliver. By adding automation testing as a DOD item, the team gains agreement on the importance of automated testing processes and can make it a primary focus.

Another benefit of including automation as a DOD item is that it will continue to be a topic of discussion in post-sprint meetings as team members reflect on what went well and what could be improved. This way, they can continually improve the process until in-sprint automation is achieved.

Yes, in-sprint automation can be difficult but it is not impossible. With the correct processes in place, teams can successfully achieve it, thereby decreasing the time required for deployment and improving the quality of their product. As with anything that is difficult, it takes time to become proficient. But if you implement the right series of actions and stay the course, the benefits will be well worth the hardship.  And who knows, you might just catch a leprechaun along the way.

Together, we can help you identify the challenges facing you right now and take the first steps to elevate your software testing. 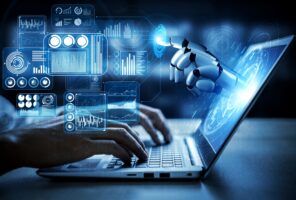 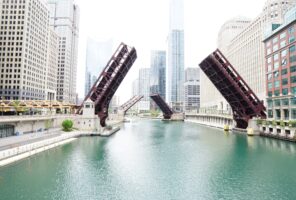 Closing the gap: How to transition Agile teams to BDD model 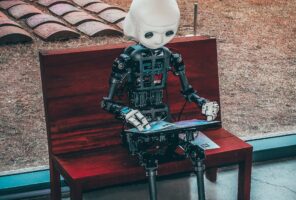